Methods: In this observational study, all patients undergoing cataract surgery with preoperative measurement of TCA by both devices and a validated corneal topographer (Keratron, Optikon 2000) were retrospectively evaluated. Astigmatism analysis was performed with and without vector analysis separately in eyes with with-the-rule, against-the-rule, and oblique astigmatism. Vector analysis was performed using the Næser polar system.

Results: In 130 eyes of 130 subjects, nonvectorial analysis revealed that the mean TCA values obtained with the Sirius were higher than the corresponding values given by the Pentacam HR in all subgroups, although the difference was statistically significant only in eyes with against-the-rule astigmatism (P = 0.0009). This finding was confirmed by vector analysis. A TCA magnitude difference greater than 0.5 diopters was observed in 20.8% of cases, and a TCA axis difference greater than 10 degrees was observed in 45.4% of cases. Axis differences dropped to 18.5% when only eyes with astigmatism >0.75 diopters were analyzed and 3 measurements were averaged. The mean difference in the meridional and torsional power of TCA was close to zero in all subgroups, but with relatively large standard deviations (approximately 0.5 D).

Conclusions: Agreement between both devices in measuring TCA is only moderate with respect to both magnitude and axis orientation. 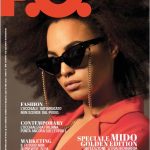