To compare the visual performance of prototype contact lenses designed via deliberate manipulation of higher-order spherical aberrations to extend-depth-of-focus with two commercial multifocals, after 1 week of lens wear.

EDOF provides better intermediate and near vision performance than either AOMF or AOP with no difference for distance vision after 1 week of lens wear. 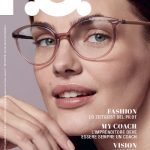